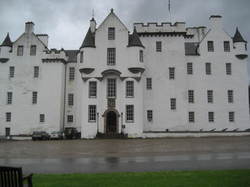 It does not matter if I am on a lounge chair on a tropical beach or at a Castle in Scotland.  There is just something calming about them both. Yet they open up different food/drink senses. A nice cool umbrella drink in the shade makes me want to make some tropical drinks. On a rainy day at a Castle brings thoughts of home made Scotch Broth.  I have not had that in years and hope on our next trip to Scotland I will be able to get some.  Oh and some trifle too.  But the absolute best is a roll with butter and bacon. YUM!  I know it's not good for you but we all have to indulge sometime.  Besides I only do it once or twice every 4 years!  While it is not the same as the Scottish Bacon you can get something similar at Stewarts Butchers in Kearny, New Jersey!  In case you are wondering where the photo is it is Blair Atholl one of the many great places in Scotland. Stay tuned I will be posting more.  So proud of my Scottish Heritage!  You ain't seen nothing yet!

Whether its chicken tenders, roasted chicken, or chicken breasts; if you want to add flavor without orange liqueurs or you ran out of orange juice just add some orange marmalade.
Not a wine drinker but like to cook with it?.  Don't go out and buy a whole bottle; you can get one of the small bottles that have a glass full of wine in them and use that instead. 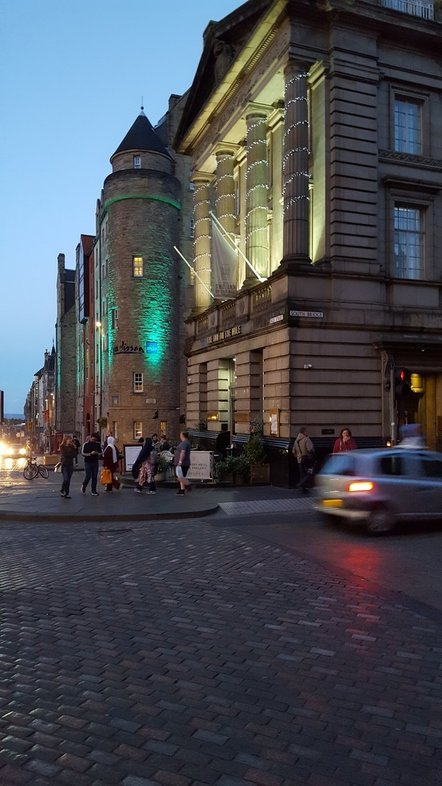 The above picture is from the Royal Mile in Edinburgh.  Edinburgh is a fascinating city.  It has a bit of everything.  So get out your explorer shoes you are in for a treat no matter which way you turn.

​For those of you not in my neck of the woods but are craving some Scottish foods/treats.  Stewarts in Kearny will ship it to you.  Nice selection of meat pies, sausages, black pudding, chocolates etc.  And if you watch Outlander;  Outlander kitchen has a recipe for a Drambuie Rhubard Sour if your interested.
Putting this under cooking tips since it deals with cooking but really should go under cleaning tips.  I don't remember where I saw this or who to give this credit to (could be in one of the magazines I read) but cleaning your microwave is not always the easiest thing to do so this may help.... put a bowl of water inside for about a minute and steam will be released making the sides and top of your microwave much easier to wipe clean.

Next : This tip I watched on "The Chew"  given from one of the producers.  It may have come from where i Googled it originally; not sure.  I could not get the image to come over and have not tried this myself yet but seems like a good idea.  Let me know if it has worked for anyone.

Sand all over your blanket at the beach is no fun, so reader Fred sent in this tip to turn a fitted sheet into a sand-free blanket box. The photo tells the tale, but all you need is a fitted sheet, and the coolers or other items you're probably taking to the beach with you already. Fit the sheet up around the coolers, and spread it out.
It's pretty much the same idea as taking a normal blanket and putting rocks or coolers on each side so the wind doesn't blow up the edges. It's worth noting that most fitted sheets are pretty thin, so while this looks great, it might also be really really thin if you're sitting down in it, and moving around in it might ruin the whole thing. You may also want to put your normal beach towels down inside the sheet—which may defeat the point. Your mileage may vary with this one, but we think it's definitely a clever idea.